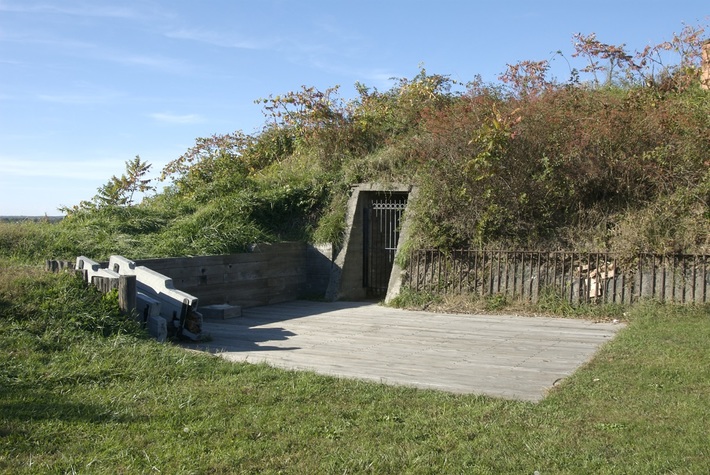 On July 5, 1779, as British warships darkened the mouth of New Haven Harbor, a small militia of nineteen patriots fought back from Black Rock Fort. Perched on a rocky ledge over the city’s eastern shore, the small force held back the Redcoats for several hours before eventually becoming overwhelmed and captured. The British continued their march downtown, where they spent the next several days drinking rum and harassing the residents before suddenly leaving, declaring the city too pretty to burn.

The historic site of that battle, now named Fort Nathan Hale after the Connecticut patriot, is a unique city park that keeps history alive through the work of a longtime corps of local volunteers. On Saturday May 18, the Fort Nathan Hale Restoration Projects volunteer organization welcomes the public for its annual opening day celebration. Activities include the raising of the fort flags, military drills, and tours of the fort’s earthen bunkers. Continue reading.