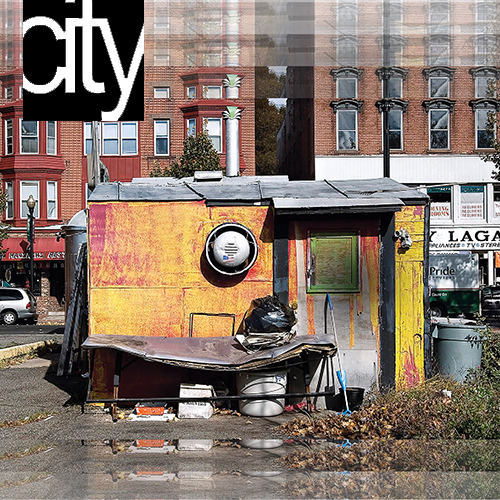 In the 1970s, globalization began. Factories and mills, the economic engines for many American cities and towns, soon went into decline. ECHOES OF SILENCE, a photography exhibit by Tom Peterson, chronicles the final stages of this downturn. His work will be on view at City Gallery from June 3 - June 26, with an Opening Reception on Saturday, June 11 from 2 p.m. - 5 p.m.

Each of the images in the show represent the ghostly remnants of a not-so-distant yet seemingly irrevocable past. “Most of the photographs were taken in deteriorating sections of Connecticut cities where manufacturing had been prominent, like River Street in New Haven, and also Waterbury, Ansonia, Bridgeport, Meriden, and New Britain,” explains Peterson.

“Manufacturing began going out of business in the early seventies. Good paying jobs disappeared. The neighborhoods around the factories deteriorated, leaving empty shells of factories buildings…and neighborhoods. This all represented to me the disappearing of much of the middle class, and how we got to be such a divided country.”

Peterson is a documentary and abstract fine arts photographer from Hamden, Connecticut. His work features documentation of urban Connecticut and New York City, while also exploring and creating abstract architectural images of intense color. He has received numerous awards, including twice winning First Honors at Shoreline Arts Alliance. Tom has been a member of City Gallery since 2009.

Jones is a seasoned leader who will oversee LISC’s talent development and traditional human resources functions as well as lead internal strategies that promote diversity and inclusion. “Especially at an organization like LISC, where people are so passionate about justice, it is critical that we nurture a culture of talent and innovation, where creative ideas can become impactful programs and help build a more equitable, broadly shared prosperity throughout the country,” she said.