Convening with Felicia Escobar, Special Assistant to the President for Immigration Policy

What It Can Mean for Greater New Haven 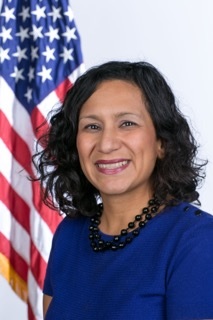 Join The Community Foundation for a discussion with Felicia Escobar,
Special Assistant to the President for Immigration Policy

President Obama’s Executive Action of November 2014 will offer the opportunity for undocumented immigrants to stay in the country temporarily, provided they have been living in the U.S. for more than five years, have children who are U.S. citizens and meet other requirements. It will deploy more resources to the southern border of the U.S. and prioritize deportation for criminals and undocumented immigrants who crossed the border recently. The Executive Action will also streamline the legal immigration process by expanding work authorization for high-skilled workers already in line for a green card.

Ms. Escobar develops the President’s strategy for building a 21st century immigration system. This work involves coordinating efforts across the Executive branch to strengthen the current system and working toward passage of meaningful, comprehensive immigration reform legislation. She previously served on U.S. Senator Ken Salazar’s legislative team, working with him to develop his legislative agenda on a host of issues including labor, civil rights, judicial nominations and immigration. She advised Sen. Salazar during the comprehensive immigration reform debates of 2006 and 2007 in which Sen. Salazar was a key member of the bipartisan group pressing for reform.

Prior to this, Ms. Escobar was Associate Director of the Senate Democratic Steering and Outreach Committee. In this role, she helped cultivate relationships between Democratic Leader Tom Daschle and key stakeholder groups, including Latino, immigration and education advocacy groups. Ms. Escobar started her career as a State Policy Analyst working for the National Council of La Raza. She represented NCLR and its network of affiliates in the Texas State Legislature, testifying before legislative committees to advocate for education, immigrant access to benefits, and hate crimes legislation. She is a native of San Antonio, TX.

Ms. Escobar received an undergraduate degree from Yale University, a Masters in Public Policy from the Harvard Kennedy School of Government and her J.D. from UCLA School of Law.

Immigrant integration is an important priority for The Community Foundation. In 2015, The Community Foundation’s work will include dedicated grantmaking and other support for nonprofits working in this area, including support for advocacy efforts on State and Federal immigration policy, efforts to identify and support emerging leaders in the immigrant community, and public education and other efforts to enhance the community’s understanding of the social, cultural and economic benefits of immigration for Greater New Haven.