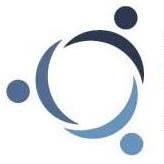 Black and Latino youth are over represented in the juvenile justice system and disproportionately expelled or suspended from school.  Recent work by the Center for Children’s Advocacy is tackling these disparities by successfully pushing reforms through the schools and courts.

In New Haven, the CCA used a recent grant from The Community Foundation to work with city and public school officials to standardize a support network for youths discharged from incarceration. The funding is part of The Foundation's reentry strategy to create opportunities for and improve the lives of people released from incarceration.

CCA helped craft a new youth reentry protocol for New Haven Public Schools that establishes a pre-release team that engages youth prior to reentry, beginning 90 days before discharge. The protocol also requires that discharged youth receive an orientation with the pre-release team, a risk assessment with a clinician to determine community services needed, one-on-one engagement with a case manager, and development of a transition plan that addresses educational reentry, housing, safety and basic needs.

CCA’s work on the reentry protocol is part of its Racial and Ethnic Disparities Reduction Project. In other work, the project helped the New Haven Juvenile Probation and the Juvenile Review Board (JRB) collaborate to ensure that New Haven youth who are arrested for minor offenses in neighboring towns are diverted to the JRB as an alternative to court involvement.

In another success, CCA advocated for the passage of Public Act No. 17-25, AN ACT CONCERNING "SEXTING" BY A CHILD, which ensures that all children under eighteen years of age are not charged with a felony for sexting behavior and are instead charged with a misdemeanor.

More than half of the men released from Connecticut Department of Corrections facilities (DOC) had been incarcerated before age 22. OPM - Criminal Justice Policy & Planning Division CT recidivism...

This story is part of the Inspiration Monday story series produced by The Community Foundation for Greater New Haven.

With the help of community and financial partners such as Kaiser, Comerica Bank, Citibank, James Irvine Foundation, and Wells Fargo, LISC LA has been able to shape impactful programs that forge resilient and inclusive communities of opportunity.

Paving a Path to Stability and Wellbeing in Rural America

A new LISC research paper demonstrates how intensive community development initiatives in two rural regions of California sowed the seeds of stability and revitalization for local people and places. Co-author and LISC senior research associate Patricia Voltolini explains why these findings are so significant, and what they can teach practitioners, policy makers and local leaders about the imperative of investing in collaborative community-serving projects.

A group of experts, including Julia Ryan, LISC’s VP for Health Programs, gathered for a webinar hosted by U.S. News & World Report, to offer insight and solutions to tackling disparities in COVID vaccination distribution.