Carlton Highsmith and Dr. Khalilah Brown-Dean Appointed to Community Foundation Board of Directors

New Haven, CT (December 17, 2014) - The Community Foundation for Greater New Haven, the region’s charitable endowment and largest grantmaker, announces that Carlton L. Highsmith of Middlebury, CT and Dr. Khalilah L. Brown-Dean of New Haven, Associate Professor of Political Science at Quinnpiac University in Hamden, have been appointed to the Board of Directors. Both will begin seven-year terms on January 1, 2015, taking the seats of David I. Newton and Rolan Young Smith, whose terms expire at the end of 2014.

”Khalilah Brown-Dean is a nationally known and well-respected voice on issues of great importance to our community who is also a committed and accomplished community leader, and Carlton Highsmith’s record of business leadership, community leadership and philanthropic leadership over many years is second to none in Greater New Haven,” says William Ginsberg, president and CEO of The Community Foundation for Greater New Haven. “They will both make outstanding board members for The Community Foundation, and we are thrilled that they will be joining us in 2015.” 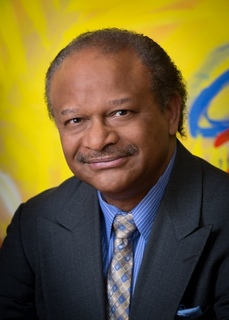 recognized as the largest minority-owned firm in the State of Connecticut prior to its merger with PaperWorks Industries. He served as vice chair of the Board at SPG PaperWorks Inc. until his

Mr. Highsmith is founding Chairman of the Board of the Connecticut Center for Arts & Technology (ConnCAT), a New Haven nonprofit organization providing market relevant and career-focused technical skills training and job placement services to underemployed and unemployed adults in the New Haven area. He also serves on the Boards of First Niagara Bank, Quinnipiac University and the Yale-New Haven Health System.

Mr. Highsmith has received many honors for his long-time community leadership. In 2014, he was the recipient of both the Greater New Haven Torch of Liberty Award from the Anti-Defamation League and the John H. Filer Award from the Connecticut Council for Philanthropy. In 2011 Gov. Dannel Malloy appointed Mr. Highsmith to the Connecticut Employment & Training Commission (CETC), where he currently chairs its Career Advancement Committee. Mr. Highsmith earned a BA in Economics from the University of Wisconsin-Madison. He holds Honorary Doctorate degrees from Quinnipiac University and Albertus Magnus College. 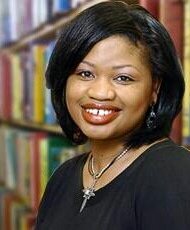 Dr. Brown-Dean’s current research focuses on the political dynamics surrounding the American criminal justice system. Her book Once Convicted, Forever Doomed: Race, Punishment, and Governance explores how mass incarceration impairs both the strength and function of American governance. Her research on the criminal justice system and voting rights policy have garnered international attention, and she was recently appointed as a Director of the Prison Policy Initiative, a national nonprofit organization working to understand the impact of mass incarceration on local communities across America.

Dr. Brown-Dean is a frequent contributor to the Washington Post, CNN, Ebony.com, Fox News Radio, WNPR, AURN, CTV, and other outlets regarding issues such as American politics, mass political behavior, crime and punishment and political psychology. In 2014, Connecticut Magazinenamed Dr. Brown-Dean one of its “Forty Under Forty,” citing her as one of the best and brightest among Connecticut’s Generation Next. Dr. Brown-Dean attended the University of Virginia, where she received a BA in Political Science. She has a Masters Degree and a PhD from The Ohio State University, where she was the recipient of the Henry R. Spencer Award for Distinguished Teaching and the Graduate Associate Teaching Award.