Grove Street Cemetery - Dalia Bacon - Her Work and Her Heart

Delia Salter Bacon (February 2, 1811 – September 2, 1859) was an American writer of plays and short stories and a sister of the Congregational minister Leonard Bacon. She is best known today for her work on the Shakespeare authorship question.

She promoted the theory that the plays attributed to William Shakespeare were written by a group of men, including Francis Bacon, Sir Walter Raleigh and others.

She was befriended by Nathaniel Hawthorne, and Ralph Waldo Emerson, and, after securing sponsorship to travel for research to England, in May 1853, met with Thomas Carlyle, who though intrigued, shrieked loudly as he heard her exposition.[4]

Puzzled by the gap between the bare facts of William Shakespeare's life and his vast literary output, she intended to prove that the plays attributed to Shakespeare were written by a coterie of men, including Francis Bacon, Sir Walter Raleigh and Edmund Spenser, for the purpose of inculcating a philosophic system, for which they felt that they themselves could not afford to assume the responsibility. This system she set out to discover beneath the superficial text of the plays. From her friendship with Samuel Morse, an authority on codes, and encryption for the telegraph, she learnt of Bacon's interest in secret ciphers, and this prompted her own approach to the authorship question.[8] 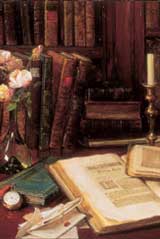 By way of this modern era, Dalia is witnessed in the following book published in 2008 by -

Jennifer Lee Carrell, Interred in their Bones – has been reviewed on Amazon Books, to wit:

“Jennifer Lee Carrell’s highly acclaimed debut novel is a brilliant, breathlessly paced literary adventure. The action begins on the eve of the Globe’s production of Hamlet when Shakespeare scholar and theater director Kate Stanley’s eccentric mentor Rosalind Howard gives her a mysterious box, claiming to have made a groundbreaking discovery. Before she can reveal it to Kate, the Globe is burned to the ground and Roz is found dead…murdered precisely in the manner of Hamlet’s father.

Inside the box Kate finds the first piece in a Shakespearean puzzle, setting her on a deadly, high stakes treasure hunt. From London to Harvard to the American West, Kate races to evade a killer and solve a tantalizing string of clues hidden in the words of Shakespeare, which may unlock one of history’s greatest secrets.”

This book by Carrell contains many of the theories and notions annunciated by Bacon and as she was admired by Emerson, Whitman, and Hawthorne. Dalia still lives on with her magnus opus which was approx. 1,000 pages of intense study and development leading into madness by her theories on Shakespeare and one very broken heart.

To make mention – Dalia fell in love while developing her hypotheses but was rebuked by her lover and she fell into a deep remorse and heartache never to recover. What is interesting to note – there is always a rose at her grave…..She is interred in front her brother Leonard Bacon at 52 Cedar Avenue.