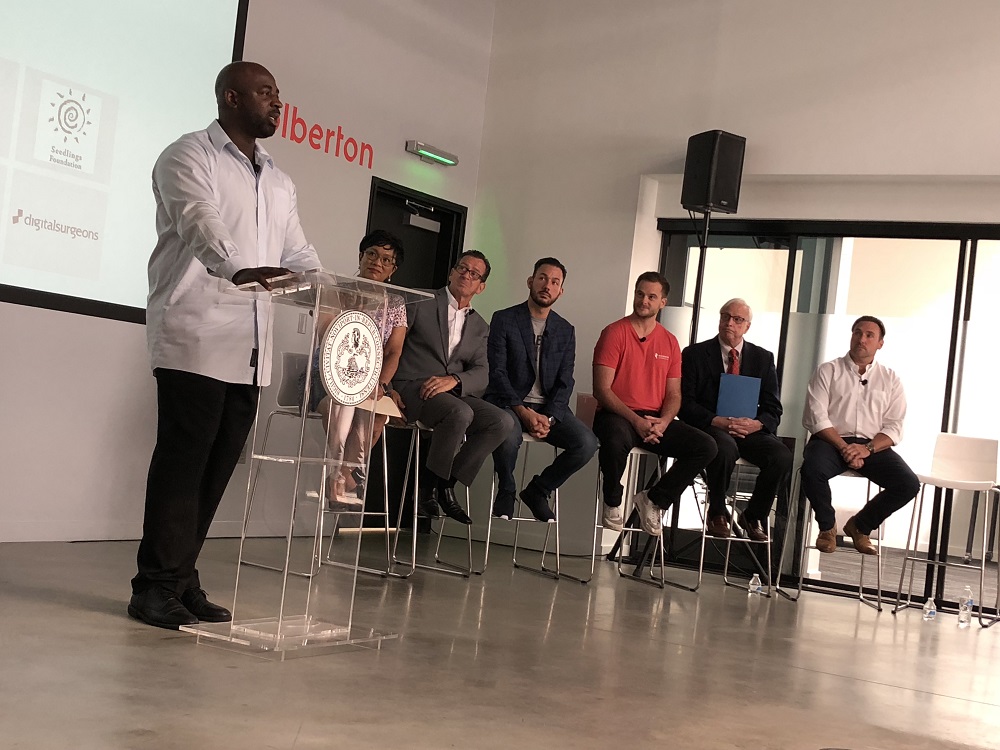 Johnson had never thrived academically and was unsure he would get in. But Holberton looked for something else besides grades and degrees. What mattered was the motivation to learn. Having struggled to keep his head above water in the decade since college, Johnson was extremely motivated. And when he received his acceptance letter, he saw it as a chance to turn his life around.

Living out of his car because he could not afford an apartment in the Bay Area, Johnson set himself to learning what is known as the “full stack” of software tools that are the building blocks for Google, Facebook, and Apple, and are in demand across every sector of the economy. As important as learning how to code, Johnson also absorbed what was expected at a typical professional job. The school’s lessons were simulations of typical high-tech work projects, which require teamwork and creative problem solving. He also learned how to compete for a job. More than just learning how to interview and write a resume, he rehearsed an entire multi-stage hiring process used by most big firms.

Since graduating from Holberton, Johnson has leapt into a professional career path. He was hired by a New York City tech company and now has opportunities he that he describes as, “a miracle.” Continue reading.