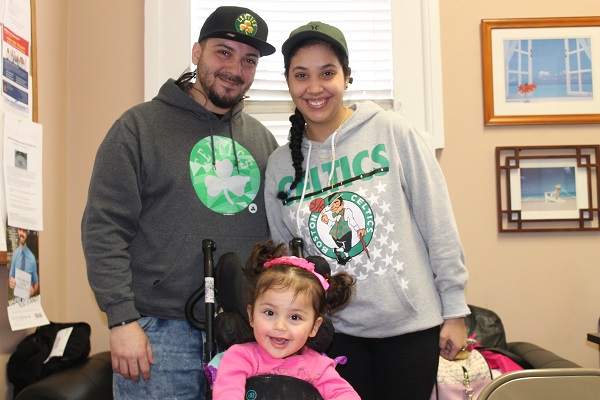 Hurricane Maria forced the Hernandez family to flee their home in Puerto Rico because they could no longer receive medical care for their 2-year-old daughter, Miia, who suffers from seizures. The family's temporary FEMA housing assistance expires in April.

In the aftermath of hurricanes Irma and Maria, Connecticut welcomed thousands of Puerto Ricans who had lost everything. For many of these fellow American citizens, the crisis is far from over.

Months after the devastating storms, returning home is still not viable for many Puerto Ricans. A healthcare system that was already struggling is in disarray. Large swaths of the island remain cut off from the electrical power grid. Communities facing years of rebuilding have turned to a patchwork of small generators, which are unreliable, loud, and aggravate asthma and other respiratory problems.

Nearly 1000 displaced Puerto Ricans have come to New Haven for assistance. While most have moved on to be near relatives in other areas, those that remain are typically individuals with medical needs, the elderly, and families with young children.

LEARN MORE ABOUT HOW YOU CAN HELP