The U.S. Health Disadvantage: A CRISIS That We Must Address Together Today

“The U.S. spends far more per capita on health care than other high-income countries, yet the nation has fallen in relative standing because it has the worst health outcomes.” As the report title aptly states, "…

Be a Guest Reader at LEAP!

Reading aloud to children is beneficial on a number of levels. It increases vocabulary, literacy skills and comprehension. It is the foundation of literacy development. (Kathleen Childress 2011) Once children possess these skills, it opens up a whole new world of learning and development, especially inner city children. More importantly, children love being read to.…

We have the following office furniture available:

* one wooden project table (has seen a lot of hard use, but might be right for a workshop or warehouse)

In our continued effort to gather information on the state of the nonprofit sector in our region, The Community Foundation for Greater New Haven is encouraging area nonprofits to participate in the fourth annual Nonprofit Finance Fund’s (NFF) survey. NFF analyzes the results and provides them to all of us—nonprofits, government, foundations, lending institutions, media, and umbrella organizations—in late March.…

Click here for a list of area sites and more information, and please help spread the word!

Looney Leads The Charge  (Dealing with GUNS in our Community)

“We need to shine a light on better mental health care for younger children,” Looney said.
Each of the three working groups—mental health, gun violence and school security—are working against a Feb. 15 deadline to recommend legislation to the overall task force they are part of. At that point, Looney will be key…

The civil rights organization is standing by its friends in their fight against Michael Bloomberg’s soda rules.  New York City health officials say the obesity rate for African-Americans in New York City is higher than the city average. The city’s health commissioner, Dr. Thomas A. Farley, said Wednesday that he was “disappointed” the N.A.A.C.P. had…

You may read the entire article linked below.  After reading the article, if you do not have time to read all the comments, we are posting one here for you. Draw your own conclusions.…

We commend Hillhouse High School Principal, Kermit Carolina, for making the school available on Inauguration Day for this historic purpose.  This is but one example of the dual purpose our public school buildings can serve.  It is a great way for many people in the community to come together and share this experience with others in their neighborhood school. Thanks also to the New Haven Independent (NHI) for sharing this information and for…

Learn How the Affordable Care Act will Hold Insurance Companies Accountable and Reduce the Cost Of Health Care. Watch as State Senator Toni Harp and Attorney Demian Fontanella explain how this will work in CT: http://youtu.be/nsFdeEweeg0

My Gun Vs. Your Safety - Courtesy of A NHI Link

This is a Very interesting article.  The images speak volume.

My Gun Vs. Your Safety

“I feel as passionate about not owning a gun as you feel about owning one,” declared Gail Corbett, who oversees 14 classrooms, at six different schools in a nearby city.…

Charter Revision and a Hybrid Board of Ed

If you haven't had a chance, please check out a video I made explaining Charter Revision and making the case for a Hybrid Board of Education - partially elected and partially appointed. 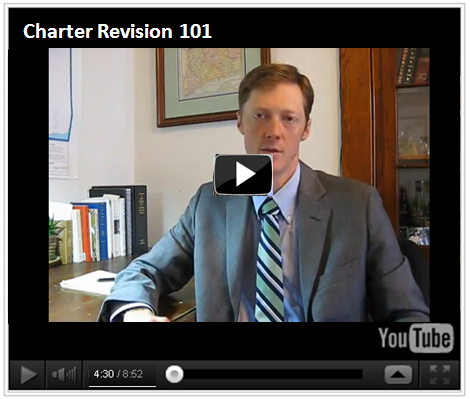 Ending Violence in Children's Lives: A Resolution We Cannot Afford to Break

How Many Parents Know the Daily Physical Activity Guidelines for Children?

Should New Haven Residents and Tax-payers Care about This?

Three lives and those affected by those lives – damaged!

The City of New Haven coffers directly depleted by $200K

Willoughby retired with a pension –continued depletion of the City’s…

Hi GNH Community!
Happy New Year 2013!  Thank You SO much to everyone who came out on Monday to support Carole's Future Project!  We wanted to share with you the beautiful photos from this very special event (HUGE thank you to Jeffrey Kerekes from "I Love New Haven"!)  Senior Carole Richardson of New Haven Academy truly brought her dream to life of bringing the New Haven community together to be inspired and entertained.  She is passionate about ending youth…
Continue

The fellow will be working with the Advocacy Program. The program represents Junta’s central agenda as we move forward in our mission of improving the social, political and economic conditions of the community. It will combine advocacy and policy efforts with community-based organizing.

The fellow will have the…

The New Haven Symphony Orchestra is looking for a Director of Development. Please see the job description below for details.

This is a MUST READ for Parents with School-age Children

We applaud the New Haven Independent (NHI) and Melissa…

In South Phoenix, Tending the Indigenous Seeds of a More Nourishing World

Maria Parra Cano and the other members of the Cihuapactli Collective, an Indigenous- and women-run organization in South Phoenix, are growing cultural, spiritual and physical nourishment, literally from the ground up. In recognition of Native American Heritage Month and the Thanksgiving season, we are pleased to share their story.

LISC has named the 2022 winners of the Rubinger Community Fellowship, an annual program that invests in local leaders focused on testing forward-thinking ideas and catalyzing grassroots opportunities in the communities where they live and work. Each of the 10 fellows will spend the next year developing programs and researching strategies to explore areas for growth within their communities.