If you have had a life-changing event since the close of the sign-up period in Feb. 2015, you can today sign up for a plan.
In CT contact AccessHealthCT.  Get health coverage.  Barack Obama has succeeded in doing something America had not been able to do since 1935.  Except for the Medicare Act implemented in 1965 (under President Johnson), this is the first time that average Americans have access to affordable health coverage.
PEOPLE BEFORE POLITICS! NO ONE IN AMERICA SHOULD DIE FROM AN ABSCESSED TOOTH DUE TO A LACK OF ACCESS TO HEALTH CARE. 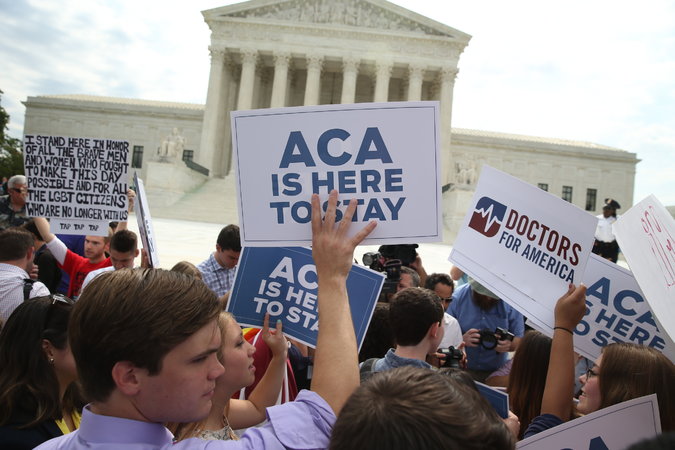 Some states set up their own exchanges, but about three dozen allowed the federal government to step in to run them. Across the nation, about 85 percent of customers using the exchanges qualify for subsidies to help pay for coverage, based on their income.

The question in the case, King v. Burwell, No. 14-114, was what to make of a phrase in the law that seems to say the subsidies are available only to people buying insurance on “an exchange established by the state.”

Chief Justice Roberts wrote that the words must be understood as part of a larger statutory plan.

“In this instance,” he wrote, “the context and structure of the act compel us to depart from what would otherwise be the most natural reading of the pertinent statutory phrase.”

“Congress passed the Affordable Care Act to improve health insurance markets, not to destroy them,” he added. “If at all possible, we must interpret the act in a way that is consistent with the former, and avoids the latter.” 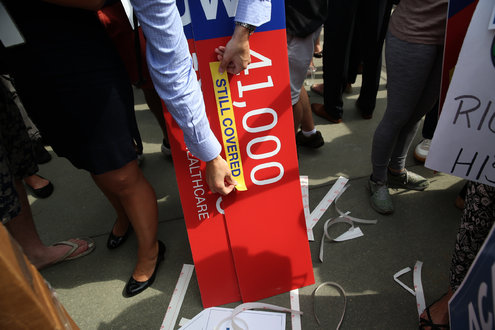 The plaintiffs challenged an Internal Revenue Service regulation that said subsidies were allowed whether the exchange was run by a state or by the federal government. They said the regulation was at odds with the Affordable Care Act.

Lawyers for the administration said the balance of the law demonstrated that Congress could not have intended to limit the subsidies. Accepting the plaintiffs’ position, the lawyers said, would affect more than six million people and create havoc in the insurance markets.

They added that the phrase, noticed by almost no one until long after the law was enacted, was a curious way to encourage states to establish exchanges.

In July, the United States Court of Appeals for the Fourth Circuit, in Richmond, Va., ruled against the challengers.

Judge Roger L. Gregory, writing for a three-judge panel of the court, said the contested phrase was “ambiguous and subject to multiple interpretations.” That meant, he said, that the I.R.S. interpretation was entitled to deference.

Link to OneWorld video:  https://youtu.be/IIKo8DxODGo   that provided essential information about the ACA in Connecticut

OneWorld     OneWorld Progressive Institute, Inc., is a small group of committed volunteers who produce community information and education television programs on health literacy, education and civic engagement.  We also find good information and post informative blogs about issues we believe shine light and are beneficial to many in our communities.  Learn more about us at our web site: www.oneworldpi.org/  and visit our web health section at: http://www.oneworldpi.org/health/index.html  Please share our information with others.  Watch our informative television programs on your public access channels: Frontier (formerly AT&T), Channel 99, drop down; Charter Communications Chan. 21, and Comcast (Xfinity) Channels 10, 15, 18 & 26. OneWorld on Face Book http://goo.gl/k17xvx

http://www.oneworldpi.org/civic_engagement/index.html We are about Civic Engagement & Public Good

http://www.oneworldpi.org/education/index.html  Education is at the Center of Our World