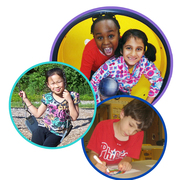 LISC’s George Ashton takes a close look at why growth in the pre-pandemic number of minority-owned businesses has failed to narrow the racial wealth gap. The answer: existing BIPOC businesses don’t have access to the kind of growth capital they need to build their resiliency, expand their workforce and support next-generation success. "By expanding access to growth capital, we can make our small business ecosystem more diverse and robust, matching appropriate financing to the needs of community-based businesses," he writes in a piece for Impact Alpha.

Investing to Get to Zero Hunger

As part of an ongoing blog series, LISC’s Anna Smukowski looks at the way LISC is advancing the UN Sustainable Development Goals (SDGs) through a range of activities supported by LISC Impact Notes, including investments that support Industry, Innovation and Infrastructure.

In this episode, LISC's Interim CEO & President, Lisa L. Glover, interviews LISC board member, Michelle de la Uz who is also the Executive Director of the Fifth Avenue Committee in Brooklyn, NY. The conversation highlights the work of the Fifth Avenue Committee around COVID, environmental initiatives and climate change, community advocacy, and affordable housing. It’s a great conversation that celebrates the importance of community partnerships in an ever-changing urban landscape.