On Stage: 'My Name is Rachel Corrie' 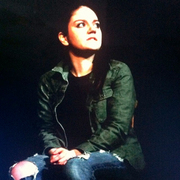 My Name is Rachel Corrie -- a one-woman show about an American peace activist's quest for justice in Palestine – is based on the original writings of Corrie, edited by actor Alan Rickman and journalist Katherine Viner.

The play chronicles the life of the young activist who in 2003 traveled to Gaza with the International Solidarity Movement (ISM) to defend Palestinian homes from being demolished. She was killed on March 16 of that year by an Israeli bulldozer while attempting to protect a host family's house from being destroyed.

The show is performed by Ashley Malloy, a recent BFA graduate of Central Connecticut State University (CCSU), and directed by Josh Perlstein, associate professor of acting at CCSU.

Proceeds from performances are donated to the Freedom Theatre, to fund scholarships for young Palestinians in Jenin to study theater arts. Students with a valid ID from any institution will be admitted free. Tickets for all others will be available at the door for $15. Doors open at 7:50 p.m.

The play will be followed by a talk-back. Jewish Voice for Peace -- an organization inspired by Jewish tradition to work for peace, social justice, equality, human rights, respect for international law and a U.S. foreign policy based on these ideals -- will hold a brief reception after the play for anyone who would like to continue the conversations begun during the talk-back. The reception will be held in Engleman B 121 A&B.

RSVP for On Stage: 'My Name is Rachel Corrie' to add comments!

Shani Buggs, PhD, is a public health researcher at the University of California, Davis, and one of the nation’s leading experts on anti-racist methods for reducing gun violence in American communities. Here, Buggs answers our questions about outreach-based community violence intervention (CVI), a grassroots approach to quelling violence that is the subject of a comprehensive new research paper she and her colleagues authored in collaboration with LISC.