Nonprofit Board Duty of Obedience versus Duty of Care

In a little town south of Atlantic City there sits a six-story elephant Lucy is a National Historic Site (built in 1881) and she is in a bit of disrepair needing attention. But wait! PETA will help. PETA (the anti-cruelty-to-animals folks) has offered to throw-in some cash if they can also highlight, using Lucy, the plight of circus animals.

While there is no specific reference to governance in the following Philadelphia Inquirer article, I pose that the article is very much about nonprofit governance.  The topic: what to do when your whole sector is flailing.  The sector: volunteer…

Nonprofit Board Fiduciary Duty of Care

The following Wall Street Journal article is about a lot of topics in the nonprofit governance world. I thought framing my own thoughts around a nonprofit board's fiduciary duty of care to be one area of focus but beyond this subject is a rarely displayed "what can happen" when there's a new chair "in town" and when there are questions of competency (re paid staff) and transparency (financial and program) and the board's own fulfillment of its duty to provide complete oversight. Certainly…

Nonprofit Governance and the Law

In one of those "render under Caesar" (check your New Testament for greater understanding) and what appears to be a NIMBY challenge, the Tampa officials are basically on-attack of a homeless shelter that by many standards, appears to be doing its job--providing shelter to the homeless of Tampa. But it's clear from the Tampa Tribune article, that not everyone is pleased with the job the Shelter is doing and for the moment, using the courts and law enforcement to solve their perception of the…

For a growing nonprofit with a small board, those interested summer students are a crucial revenue stream. And getting the Academy’s studios ready by the first day of the program was imperative.

“We don’t have board members donating $100,000,” said board chair Andre Tchelistcheff, an architect who led the renovation. “The school is financially viable.”

Once again, nonprofit CEO salaries are in the news. This time the focus is not on the traditional nonprofits but the religious nonprofits and more specifically, pastors. And, as much as I must honestly grit my teeth to say this, given the focus, this salary "issues" is a subject the media loves to rattle about but if they want to point swords, they should be doing so at the boards who approve these salaries.

This weekend I discovered a book that was published several years ago (April 2009) that strikes me as worth a brief mention here. The book, Owning Up...14 Questions Every Board Member Needs to Ask by Dr. Ram Charan..strikes me as worth a discussion because it poses some questions that could be helpful in framing the work of the nonprofit board.
I'm not actually that familiar with Dr. Ram Charan, a kind-of guru in the for-profit governance world but he appears to be well regarded in the…

What exactly should a nonprofit board do when it learns that its trusted Treasurer has redirected some of its funds?

Below is the Washington Post story about the theft experienced by the Talbot Watermen Association. The Treasurer helped herself to the nonprofit's funds and members of the organization called the cops. Presuming that the nonprofit has liability insurance, much of their loss should be recovered.

The good news. Below the Washington Post article is what the…

Generally, when I ask nonprofit CEOs about their boards there are two types of answers: polite and complaining. Usually both types of answers are given by each CEO I encounter. So, it should come as no surprise when an accounting firm asks 100 nonprofit CEOs about their boards, the responses are less than positive. It's kind-of just the way it is as CEOs only have so much control over their boards and boards have such wide--ranges of experiences and are in various stages of development and…

Values matter and should drive the policies and practices of a nonprofit.

In the so-called City of Brotherly Love the so-called Sisters of Mercy (yes, irony on both counts) fired a teacher because she is married (a value the Roman Catholic Church does embrace) but, wait for it, to another woman.

According to the core values of Roman Catholicism, relationships including marriage between two people of the same sex is not permissible. So, when the Sisters of Mercy (again, irony)…

The Wall Street Journal article about this effort had offered three pieces of information: the foundation's origin/purpose; financial support, and the board. Nonprofit governance matters.

Here's what was stated about the board:

(News Corp) vice president and global head of government affairs, Toni Cook Bush, will sit on the organization’s board and leadership team.…

Nonprofit Board Host not home

If nonprofit boards are the surrogate owners of a nonprofit representing the public/taxpayer's interests, it stands to reason that good governance would mean that the board would sit ever ready to listen and hear the needs, wants and interests of the many stakeholders/constituents of what the nonprofit has to offer. If a board accepts this concept it then must also accept and value the concept of community engagement.

In last week's conference on governance, David Renz of the Bloch…

When Good Donors Do Bad Things 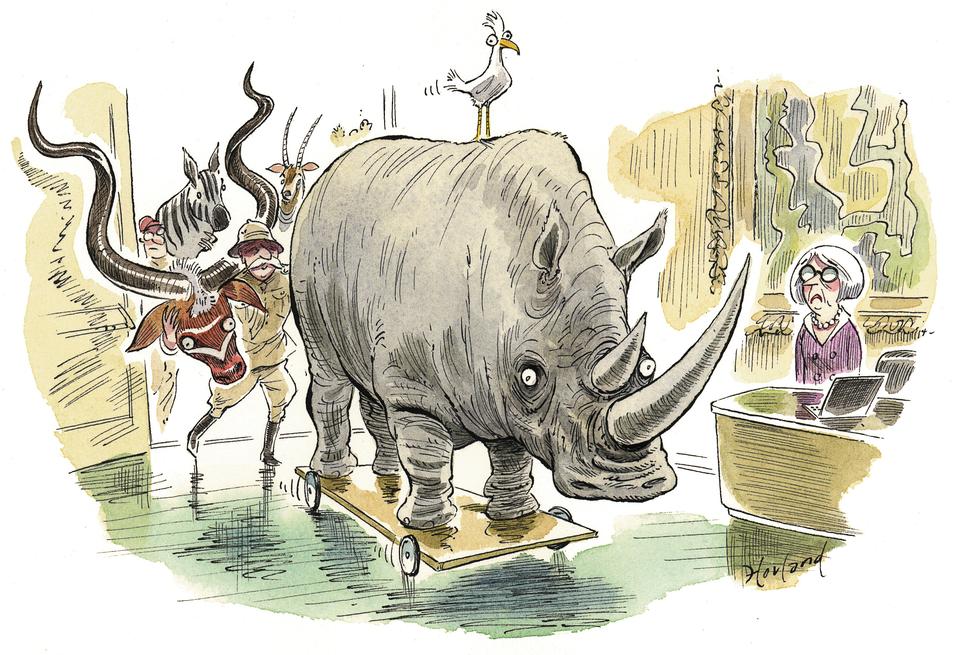 For sure you will learn two items in this book.  First, concinnity is a real word and can be used in a sentence. According to most references…

There are times when it can really matter that a nonprofit's board and staff step-out to support legislation that supports its mission. When nonprofits sit on the side-lines of political discussion, unlike the AARP or similar member organizations, bad things can result for nonprofits.

Take for example the bins that are used by Salvation Army and Goodwill. These recycling collectors have pretty much defined the industry where folks can donate their goods for cause. Well, the for-profit…