Generic unconscious bias training and its umbrella intervention, diversity training, have been around for decades, but they have still failed to close the leadership gender gap. In their article Why Diversity Programs Fail, Frank Dobbin and Alexandra Kalev argue that this is because too much diversity training is mandatory, prompting resentment and defensiveness from managers. “Trainers tell us…

Something exciting is happening in our community - Stetson Library is preparing to move into a new home in the Dixwell Q House. As a cornerstone of the reimagined community center, the new Stetson Library will enjoy a 60% increase in space and feature an expanded collection of books and materials, improved and enhanced services, state-of-the-art technology and… At a time when mental health funding continues to fall short of meeting the need, Bridges remains more committed than ever to treating people, regardless of their income levels, who suffer from opioid addiction, bipolar disorder, schizophrenia, or other mental health disorders.

.@NHFPL, the New Haven Free Public Library is conducting its first customer feedback survey in many years.  As we look forward to designing our future together with the community, please respond by Nov. 3rd.

Enter our drawing for an ipad or a gift card to a local restaurant when you submit your reply!  Thanks for keeping #NHFPL strong! #LifeLibertyLibraries #NHV

Do you have a project in mind to improve your neighborhood?

Join us at the last orientation session of the Neighborhood Leadership Program - an eight month training and grant program that supports community leaders in imagining, developing, testing and realizing projects which build community and provide positive outcomes in:

Giving Children the Vision to Succeed 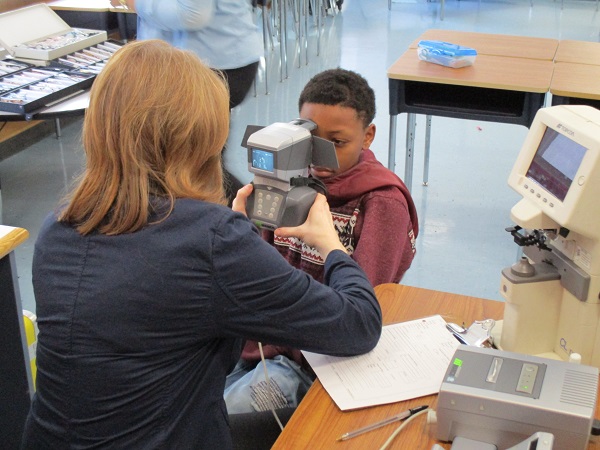 If not for the ChildSight® program, thousands of school-aged children would struggle to see the words on the blackboard or in their books. The national program, working in 32 New Haven public schools, performs vision tests and delivers free prescription eyewear to children in need. …

The environmental movement has long been divided along race and class lines. Perhaps there is some momentum to change all of that in the face of the desperate need for equity and people to be at the center of the sustainability agenda if we wish to build the movement necessary to effectively take on the challenge of climate change...…

Is NextGen Changing Business For Good?

Does the future of business center on integrating the twin goals of building a better world alongside growing profits?  With an increasing frequency, Americans are saying it should—with their wallets...

The Progreso Latino Fund (PLF), in partnership with a Latino-led global fundraising campaign, is sending emergency disaster relief to Puerto Rico and Mexico.

Every donation is part of a collective impact.…

CT ViewPoints: My uncle survived Hurricane Maria. Despair over its devastation killed him.

I don’t know when my cousin originally sent the text, but it buzzed through to Connecticut from Puerto Rico’s battered communications towers last Sunday at 6:27 a.m. My uncle was brain dead.

The machines keeping him in a state resembling life could not undo the damage that had been done. Soon, they would let him pass.

At 78, my uncle had survived Hurricane Maria’s winds and the floods its rains unleashed. But…

After more than a decade of teaching classical chamber music to young children, Music Haven is seeing its first students about to graduate high school and go on to college. And the program continues to be a sought after as ever.

“We consistently have thirty to forty kids on the waiting list,” says Executive Director Mandi Jackson. “We have a ninety percent retention rate. Once they come they tend to stay. It gives them not just a passion for music, but also an avenue…