Why Everyone Should Be Paying attention to the Medicaid Debate 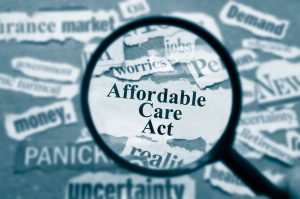 While the American Healthcare Act or ACA (also known as Obamacare) has so far escaped the repeal-and-replace hatchet, the debate over how to restructure healthcare in this country is far from over.

One of the most controversial elements of that debate is Medicaid. Despite the broad news coverage on this topic, there is still a great deal of misunderstanding about what Medicaid is, who uses it, and how it’s spent.

Not just for the unemployed and the poor

Conservative groups opposed to Medicaid spending would have the public believe that the program is creating an “entitlement society” in which able-bodied people choose to depend on government programs like Medicaid instead of working.

Partly because of the way this kind of rhetoric has been repeated by certain media outlets, many people mistakenly assume that Medicaid is spent strictly on providing healthcare services to the unemployed and the poor. However, the actual numbers do not support this assumption.

According to a report published by the Henry J. Kaiser Family Foundation (KFF), approximately 28% of the overall Medicaid budget is spent on long-term care for s.... In a related report, the KFF shows how that percentage translates into Medicaid paying for 62% of all nursing home residents in 2014.

The harsh truth is that long-term care is exorbitantly expensive, and that even people who have tried to plan ahead and save enough to cover the costs simply cannot afford the care that they need.

Costs of Care in Connecticut

In 2016, Genworth (a life and annuity insurance company) ran a Cost of Care Survey that included data from15,000 respondents across 440 regions in the United States. For the state of Connecticut, the median monthly and annual costs for various kinds of long-term care were as follows:

Looking at those numbers, it’s not hard to see why many people, even middle-class people who have done their best to prepare for needing long-term care, end up having to rely on Medicaid. Even people who have done all the right things, made smart financial decisions, and set money aside specifically for long-term care very often find that the money they saved doesn’t go nearly as far as they’d hoped.

It’s also important to note that paying for nursing homes and other kinds of long-term care is a challenge and hardship that most people will eventually have to confront. The U.S. Department of Health and Human Services estimates that “70% of people turning age 65 can expect to use some form of long-term care during their lives.” This is clearly an issue that will touch most senior Americans.

In addition to the direct effects on the finances of the seniors who need long-term care, the rising costs of nursing homes and potential changes to Medicaid pose a very real threat to the financial stability and general well being of family members and friends.

If Medicaid is unavailable to cover the costs of long-term care, family and friends will need to step in to provide care. The financial and emotional burden of taking on this kind of responsibility can lead to extreme financial crisis, not only draining bank accounts but also keeping younger family members from being able to work. Apart from the cost concerns, taking on the role of primary caregiver can lead to depression, high stress, and anxiety.

The bottom line is that Medicaid is a critical part of our healthcare system. It’s a program that helps a wide variety of people and is particularly crucial to seniors from all walks of life who need long-term care as they get older. The Medicaid issue, and by extension the entire healthcare debate, is something everyone should care about.

A Minneapolis Post columnist takes an in-depth look LISC Twin Cities’ Development of Color initiative, which has cultivated a cohort of visionary BIPOC developers committed to making a difference in their communities. The program helps equip them with the tools and resources needed to tackle barriers in their markets, including bridging gaps in accessing equity financing, “a key to broadening who works in real estate,” writes the author. “For these developers of color, there’s the equity gap, and then there’s the equity gap. This program is aimed at solving both of those problems.” The excerpt below was originally published on MinnPost: Twin Cities org gives tools, support to developers of color​​​​​​​ By Bill Lindeke

A Message About Tyre Nichols

LISC is pressing Congress and state housing officials to address the troubling effects of QCs, which reduce the amount of rental housing that is available to families with low incomes. " As a country, we can’t afford to let that continue,” write LISC’s Matt Josephs and Michael Skrebutenas, in a new commentary on the issue. "We can’t afford to subsidize affordable housing development for public good only to watch it slip away for private windfall."