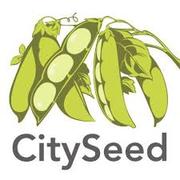 Last week, LISC announced the launch of our newest and most ambition initiative: Project 10X, which aims to help close our country’s racial health, wealth and opportunity gaps. In many ways, Project 10X is an evolution of the intensive and unprecedented emergency relief work we began at the outset of the pandemic: supporting Black and Brown communities, and minority- and women-run small businesses, to survive and transcend the crisis.

LISC CEO Maurice A. Jones joined President Bill Clinton, former HUD Secretary Julian Castro and Atlanta Mayor Keisha Lance Bottoms to talk solutions to the housing crisis in a post-pandemic landscape on a Clinton Foundation video-streamed panel, "Affordable Housing and (Re)building the American Dream." Homeownership, Jones noted, is central to closing the racial health, wealth and opportunity gaps that keep the nation from realizing its potential, and bold investment and systems change, as with LISC's new initiative Project 10X, are imperative to closing those gaps.

What Recipe Brings You and Your Family Comfort?

Each month, we pose a question to the OneLISC family, and share the responses reflecting our diverse range of voices and backgrounds. We hope these Reflections from the Field will be a source of inspiration and insight for us all.