Shop Smart on a Budget! 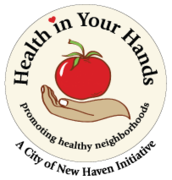 Shop smart on a budget! Enjoy our free classes, helping you to shop for yourself and family, on a budget!

RSVP for Shop Smart on a Budget! to add comments!